JOUAV worked with local firefighters, residents, and volunteers in Chongqing to extinguish a local forest fire that was caused by the persistent extreme heat. According to the Chongqing emergency release, all open fires had been extinguished by 26 August.

Chongqing, in southwestern China, is the country's most populous city, with a population of 31 million. As a historically unprecedented heatwave bakes southern China, the big city, situated between three huge mountain ranges, has been hit by wildfires. Since 18 August, multiple wildfires have been blamed in some six of the 26 districts and two of the 12 counties. To carry out scientific rescue, the Chongqing municipal government has organized emergency and fire-fighting departments and other relevant departments. They joined forces with firefighters from Sichuan, Gansu, and Yunnan provinces and volunteers from across the country to fight the forest fires in Chongqing. Over 20,000 people joined the operation, from professional rescue teams to social volunteers.

In addition to warm-hearted volunteers, some companies have also stepped up to assist the firefighting mission. Faced with the raging flames, JOUAV was the first to respond and quickly set up two emergency rescue teams late at night.

"Worrying about the country and the people is the simplest, most heartfelt, and most powerful emotion of the Chinese people. In every crisis and emergency, JOUAV spontaneously comes forward whenever the country and its people need it," said Ben Ren, CEO of JOUAV. CW-15 drones took off in the early hours of the morning to participate in rescue work in Beibei District.

Drone operations at fire sites are not an easy task

"Conducting drone operations at fire sites is not an easy task. On the one hand, it is scorching, with temperatures of 40-45°C at the fire site. On the other hand, the landing and cruising environment in the mountains is complex for drones. Moreover, it is difficult to carry out missions at night which requires large-scale and long-range drone surveillance day and night. Lastly, the signal is easily interrupted in the mountains", said John Zhang from the JOUAV emergency rescue team".

JOUAV emergency rescue team chose two vertical take-off and landing drones: the CW-15D and CW-25DE, and a PH-25 multi-rotor drone. These drones are equipped with the MG-150E gimbal camera for fire reconnaissance and material distribution over a wide area of the fire. These drones feature a vertical take-off and landing, which allows them to take off quickly without a runway. With an infrared sensor, the fires are visible at night. The real-time video of a fire site captured by CW-15 at night.

The drones use the advantage of high altitude to find potential fire spots and to detect on-site fires, monitor residual fires, and another re-ignition potential.

When the drone finds the demand for emergency supplies, the corresponding supplies are then lifted and loaded to the required place by the large-load drone. The fire inspection video can also be transmitted back to the command center in real-time via the 5G networking, providing fast, accurate, and comprehensive data analysis and emergency response for frontline forestry and fire fighting.

The mixture of sweat and tears

Chongqing's wildfire was in a severe state.  Even though the road to the fire site was blocked due to safety concerns, the JOUAV emergency team rolled with the punches to reach the fire site and offer help.

"Too busy to feel tired" is what John Zhang, a member of the JOUAV emergency rescue team, used to describe her state of mind during the fire rescue in Chongqing. "When you are so focused on the rescue itself, you don't even have time to feel tired". "Our drone teams get aerial intelligence that can guide the command center to make decisions and keep firefighters safe as they plunge into the fire and try to save people's lives. So we don't dare stop for a moment. As we work, the only voice in our heads is I need to go faster and get the fire situation up to the command center faster", said Frank Xiao, the leader of the JOUAV emergency rescue team.

Until the evening of 26th August, after the fires had been declared extinguished, the JOUAV emergency rescue team was still standing by on the mountain, observing the fires in real-time and making preparations for the possible re-ignition of sporadic fires in the evening to ensure site safety.

"Everyone was very tired at that moment. But even so, we didn't give up and stuck with the team until the end," said Frank.

Thank every ordinary hero and every rescuer for protecting this city! Salute! 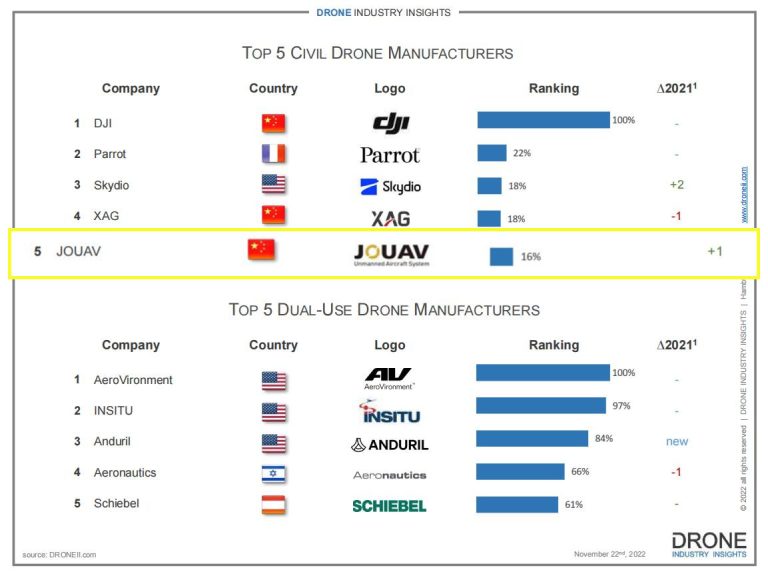