As we know, industrial UAV could be applied for some emergence and danger work that replaced human labor. However, some brave and adamant people who work with their UAV on the ground to face those challenges should be appreciated, because the shirts they sweated weren’t less than that peoples.

This year's No.9 typhoon "Lekima" landed in Wenling, Zhejiang Province, a city located in vicinity of East China seas, at 1:45 on August 10, with a maximum wind force of 16 in the centre, becoming the strongest typhoon landing in China this year. Disaster caused by Lekima impacting the infrastructure across lots of regions in Wenzhou.

On August 12, the National Grid Wenzhou power supply Co. took CW-10 Dapeng equipped with professional camera, started post-disaster investigation of 500KV power lines of Leqing city, for controlling the data of power lines in the least time so that can prepare for the follow arrangement of hidden risk elimination.

In this mission, the flight parameter was set as 2.5cm resolution, 80% head overlap and 65 side overlap, 220m fly height, and CW-10 has been flied 4 sorties for each was 80mints, completed 260km totally flying distance and 110km power lines inspection.

283 Tourists Night Emergence Rescue due to a sudden flash flood

In the afternoon of July 21 2019, a sudden flash flood happened in Yichun City, Jiangxi Province, a city in south China. Because of an unexpected rain-storm, 283 tourists were trapped in mountain area where human beings were hard to get into, and in dark as well. Therefore, the public security of Jiangxi went to the site with CW-30D for emergence rescue mission. After pre-fly and risk evaluation, CW-30D went out for the first flight at 2am, 22.

“But the rain-storm brings thick fog around the mountain, drones flies depends on the map, after one hour, for security, we call back it”, says the staff.

The second flight started at 6am when the sun comes up, lasted 2hrs, 279 people were rescued, and there were 4 people dead unfortunately.

In June, a season always brings rain-storm to southern cities in China, which caused lots of loss and disasters to the countryside. A village in Heyuan city, Guangdong province, suffered by wild storms that farmland inundated, house collapsed, communication interrupted, traffic jammed, which situation is very serious. 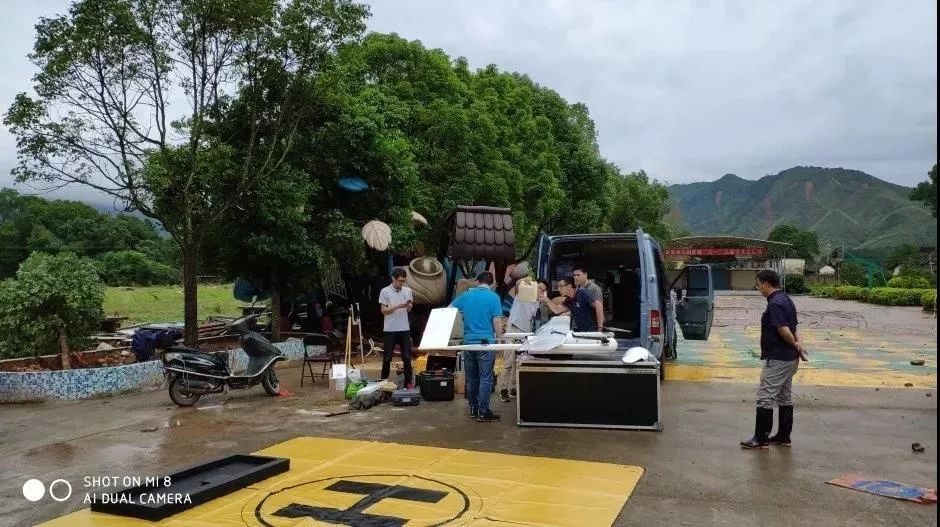 The UAV aerial photography team took CW-30 to the disaster area overnight. Due to the unstable weather in the disaster area, the rainstorm may come at any time, accompanied by the wind of more than 6m / s, the period that suitable for flight may not enough as usual.

In the morning of June, 12, the team came into the disaster area to start the flight, after several flying, the orthophotography(pictured below) of disaster was acquired and sent to the Guangdong land and resources surveying and mapping Institute for following reconstruction.

If you would like to discuss story ideas or be added to our news distribution, please contact:

This year, for the Beijing Winter Olympics, ensuring power supply is a heavy responsibility and a daunting task. All relevant departments of the State Grid Corporation of China have gone all out to ensure the safe and stable operation of the power grid. From January 16, 2022, to March 13, 2022, JOUAV...